The simulation started with explaining the ideas of the LeSS and LeSS Huge frameworks.

Then we run a team self-design workshop where all participants create 22 teams based on their skills and some other constraints.

Six product managers played a Product Owner team with a Chief Product Owner in charge of the overall product visioning and alignment.

This was a Lego Enterprise with a mission of providing long-distance sightseeing trips to city citizens. The enterprise received its initial funding and was expected to get profitable as soon as possible.

Based on presented market needs (users were willing to travel and pay for certain destinations) the Product was split into six Requirements Areas (one for each of the cities) each with an Area Product Owner and 3-6 teams to work on a specific city with its infrastructure.

Then all Requirement Area groups had a simultaneous Initial Product Backlog Refinement session for about 15 minutes defining product elements to get built. This process was facilitated by a pair of ScrumMasters serving each group.

Surprisingly a community of practice emerged during these discussions - representatives of different groups started to design a transportation hub with a goal to minimize the needed material (the materials had to be bought and were expensive).

Then a multi-team Sprint Planning for 22 teams all in our room. Just 3 minutes. All teams created their Sprint Backlog and also a visual Sprint Board to visualize sprint progress...

The Enterprise nearly broke after the 1st sprint - too much material spent on cities (Lego bricks had its price) and very little buses and roads to actually help making money (Oops!).

After a series of retrospectives: one per a Requirement Area and then an Overall one, the Enterprise agreed on its key improvements.

Surprisingly, the market changed too. Right after "Brexit" everyone was willing to leave London, and also due to the Christmas time Prague became the number-one destination. This came to a big surprise to the teams and the Product Onwers since Prague was not in a list of the six initial cities... Inspect and adapt!

The 2nd sprint demonstrated the whole power of self-organization and unleashed creativity. The teams were able to demonstrate 6 cities interconnected with transportation lines cruising passengers and they made good profit! 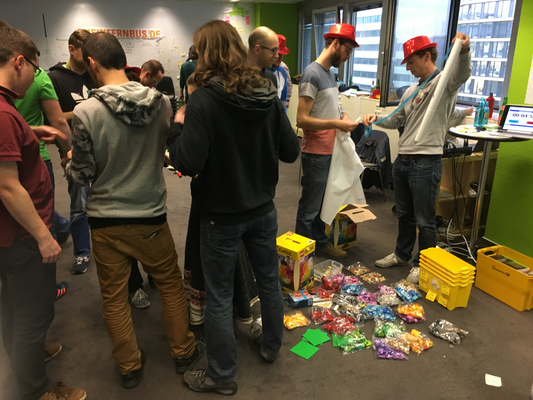 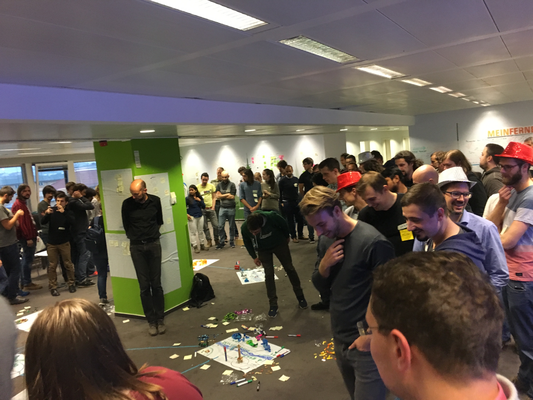 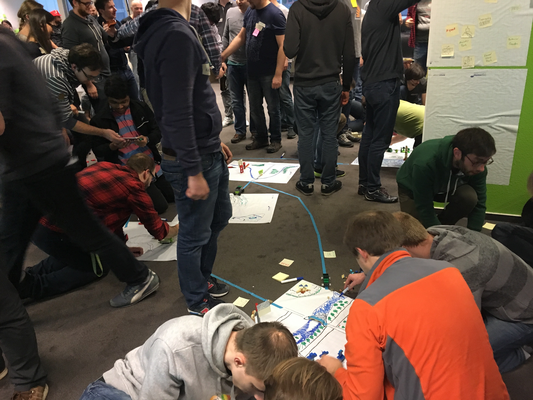 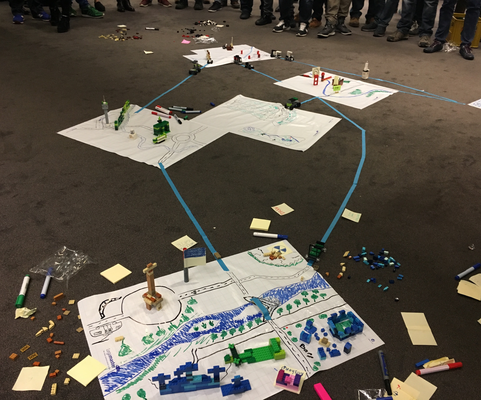 The upcoming new book "lego4scrum 3.0" is going to have the scaling approach defined in greater details.

It will also include key improvements made to the game since 2011, namely:

Offers his services as an agility and org design consultant since 2008. Currently he is based in Munich, Germany.

Alexey also is a managing partner in Scrum Ukraine.

It is open source

This work is distributed under a Creative Commons Attribution 3.0 Unported License.

So please mention the author and this website when using this work.

That's all we're asking for.